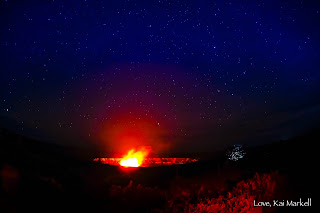 Tonight, I was supposed to see a Beautiful Friend but my energy drained quickly after work and I could hardly function for a few hours. Slowly I am regaining my strength as I focus my energies on the flow of Spirit. I thought about this past weekend. About Healing. About how many physical manifestations of illness begin with unbalanced Spiritual issues. I am humbly Blessed to have gifted people in my Life who have expanded not only my human understanding of the Afterlife and the Spirit World, but of karmic lessons and true methods of Healing.

I needed to work through Soul issues. I went through the pancreas issues in 2012, Death and Resurrection, or as my Hawaiian ancestors called that critical organ, the mālama, as a manifestation of the loss of my Mother and the loving but dire warning from the ancestors the day she passed that I would die with her, as her moepu'u or death companion, because as they said, I was "taking care of her." I didn't truly understand at that time the depth of my Love for her, more than Life itself.

I went through Heart issues in 2015 because I continued to carry deep seated guilt from a previous incarnation where many people suffered and died because of my lust for power, resources and due to my ego. Not all Ali'i were benevolent sadly.

I was born with a hernia near my piko "o" or belly button. After my pancreas surgery, I ended up with a second hernia from the incision weakening my stomach muscles and fascia. Now, I have a third hernia, an inguinal hernia. Lucky me. Friends and strangers have warned me over the years, sometimes after public speaking events, that I hold nothing back. I expose my guts to the World, and opening up like that could leave me open and vulnerable to Spiritual attack without methods of protection or safeguards.

I always knew it to be true, but never ceased being so open because it is the only way I know how to share so Truthfully. I am sure I have paid many prices for exposing so much of myself over the years, as I look back on episodes of pain and suffering. I have always given myself up to God, my ancestors and Spirit Guides, to protect me from attack, by giving the purest innocent Love I can to anyone. I would Give my Life readily for them and the Greater Good if they deemed it my price.

My Mother suffered with a massive hernia most of her adult life. She spent a year in Tripler Hospital undergoing five surgeries to put a surgical mesh inside of her abdomen in a futile attempt to hold back her na'au, or viscera. Her body kept rejecting this foreign material put inside of her body. She died on the operating table when her heart stopped during the last and final surgery. The team of doctors were able to revive her, but no more anesthesia for her as her Heart could no longer take it.

She asked about the large white canopy that was spread over her with the bright lights shining down on her during that surgery. It is all she remembered. Like a big pop-up tent was put over her. The doctors didn't have a clue as to what she was talking about. When I pressed her for more details later in Life, she talked about the white canopy spread over her, bright white lights, and even the gold threads that ran through the cloth.

I realized that it was no canopy. It was the outspread wings of her Guardian Angel, beautiful white feathers with golden threads and powerful illumination as her Guide hovered above her while she lay dead on the table keeping her in her body for Resurrection. My Mother loved my accounting of her experience. She believed it with all of her Heart too. That faulty dying Heart of hers.

Another time, she was relegated to the basement wing of the hospital in the "self-care" unit since she was there for almost an entire year and couldn't take up much needed bed space with such attentive care. She couldn't take care of herself. One time, her oxygen ran out, and she didn't know it, slipping into a deep lethargic sleep until a nurse discovered her and got her oxygen back on. She surely would have died had not it been for that fortuitous nurse.

Mother always said that she didn't see that nurse on the self-care ward before or after, nor could she find out her identity to thank her by asking other nurses, orderlies or patient representatives. All she knew was that she looked part-Hawaiian and was from Kaua'i from what she shared with her as she worked to revive my Mother. Once I heard that, I knew that our 'ohana is from Kaua'i and that nurse was an 'aumakua who saved my Mother's precious Life. So humbled and grateful.

Mother ended up going back home with no mesh, and the same hernia she entered the hospital with a year prior, except now she had battle scars and all of her na'au were precariously just under her skin as her abdominal muscle fascia was shredded even more from failed surgeries and now not holding anything back at all. I remember the doctor warning her to not fall down face first because her belly could split open and all her na'au could come pouring out. What a horrific mental image I lived with after that ordeal. That is when she began to be bed-ridden for fear of falling down, and becoming less and less ambulatory.

When I had a healing session with my gifted friend last year, I was working through karmic issues with my own body. My hernia issues were prevalent. The Spirit Guides, through my friend, helped me work through issues. One revelation was that I carried so much guilt for what my Mother suffered through in her life. She sacrificed so much for her family and husband. Her physical condition and health issues controlled and dictated her life. My father's infidelity broke her already fragile Heart,  and fractured our entire family.

I was letting my own hernia worsen and cause me pain and suffering, as a way to sympathize with my Mother's plight and suffering. A way to show her my Love, to take upon her hurt. I hadn't realized it however. It took my Mother coming through at that session, years after she departed this World, to help me understand. She was so sorry that I suffered with her, for her. She explained to me that her Soul chose this Life, these hardships, the heartbreak, to learn her Karmic lessons. It was her choice. I didn't have to feel any guilt like I could have prevented any of it. I didn't have to carry the weight of her suffering due to my immense Love for her. I cried.

I still am trying to understand how all of that works. For some Souls, we chose our predestined paths to learn certain lessons, to learn Love, to learn Pain, to learn Sacrifice, to learn Joy, to learn all the Amazing and Beautiful Human emotions and feelings that no amount of words in the Universe could adequately describe but for experiencing them directly yourself.

I have also learned through a host of gifted friends, that Kāne and Kamohoali'i, Pele's shark brother, also needed reconciliation and Healing, especially Kamohoali'i for some of the horrible things he did in his Life out of spite and ego. Kamapua'a too for the merciless raged filled slaughter of innocents on O'ahu in response to the mistreatment of his grandmother. Even Hi'iakaikapoliopele learned to work with her nemesis, the mo'o, to help heal the land and help kūpuna ascend who were stuck here in the Afterlife in Ko'olaupoko on O'ahu. So many stories and experiences. No one is immune to the powerful karmic lessons of this Life. Not gods nor humans.

It is interesting that about four months after my Mother passed in 2012, she came back to visit me, through another Beautiful gifted friend as we sat mid-morning at One'ula Beach in 'Ewa on O'ahu. We chanted the kāhea for the ancestors to come help us Spiritually Heal that sacred area and beach, and my Mother ended up hearing the call and showed up too. Her two messages to me, she was doing fine and if I ever needed her, just call for her and she would come.

Her second message, learn to listen and trust in my na'au. Don't over analyze everything in Life and overthink things. Just tune in to my na'au, my visceral feelings and act upon them. Trust them. Something feels not right, don't do it. If something feels good and right, choose to follow that path. Very simple words. They Changed my Life.

Imagine that. Our na'au. The same na'au that brought both my Mother and I so much pain and suffering, embarrassment, and health complications, being the same na'au, our true Hawaiian Heart that leads us to a more fulfilling and Beautiful Joyous and Sacred Life by leading us Directly to the Divine. If we only quiet ourselves down. Trust. And Listen. Trust. Listen...