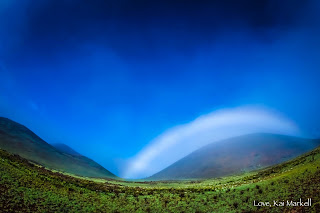 I was getting ready to sleep tonight, but these thoughts were pervasive in my head, so I decided to share them now because I might easily get distracted with tomorrow's adventures and happenings and not return to share this properly. Na'au. Literally defined as "Intestines, Bowels, Guts; Mind, Heart, Affections; of the Heart or Mind. This is also sometimes referred to as Intuition. Even non-Hawaiians will say, "I had a gut feeling."

That my na'au, my viscera, is literally trying to push its way out of my abdomen and groin in three places currently, gives me a heightened sense of pondering.

What is really Beautiful is that my Beloved late Mother visited me while I was sitting on a bright Sunny beach in 'Ewa on O'ahu after a cleansing and healing ceremony, not for us, but for the beach and all of the burials there, including some high-ranking, high Mana, and high Kapu individuals known in Hawaiian history.

As the prayers and chants reverberated, ancestors arrived to kāko'o, or help. Unexpectedly, my mother arrived as well as my voice was one of many calling out to the Spiritual Realm. She had only been gone for about three months. I wish I could say that I saw and heard her, but it was a Beautiful gifted friend who announced her appearance there to me, and shared her messages. They all hit home. I could do nothing but sit there, staring at my feet and the sand, as tears cascaded down my chest and stomach.

If I could have seen her, I would have been a mess. Probably curling up into a ball right there and refusing to leave that beach. A year and a half later, I ended up giving up my Life and Spirit to join her via Life-Support in the ICU. Such was my Love for her.

Her first message. She was doing fine. More than fine actually. Really great. Her second message. If I ever need her, just call for her. She will come. And I have. And she did. Her third message. I need to listen to my na'au more. Stop overthinking and analyzing everything. Trust my instincts. Truly listen and trust in my na'au.

That message truly hit home as well. As an attorney, I do observe and analyze everything around me constantly. But since that day, I have worked to turn off my brain, and listen to my na'au. My guts. My instincts. My Heart.

It has truly changed my Life. If I walk into a situation, a meeting, an event, or meet people, or have to make decisions, I quiet myself and trust my first gut reactions now. If it feels good. I go with it. If red flags are raised. I decline or move on. My assessment of people and situations has been incredibly spot on in the last few years. I have become more of an Empath recently as well.

I also rely upon it in many other situations. As my son Elliott begins his quest for a Driver's License, I constantly speak with him about situational awareness when driving, and about being alert, but also about intuition. Watching all the other vehicles and anticipating the other's driver's actions and movements. All an integral part of driving.

Last year, I was driving my usual route home and headed down Young Street when I saw up ahead, the light had changed to green. So I proceeded towards the intersection at my speed. Normally just sailing right through. However, something didn't feel right and I pressed the brake to slow down going through the green light. Right before I entered the intersection, a woman driving up Ke'eaumoku, on her phone, ran the red light right in front of me. I barely missed her. If I hadn't stepped on the brake for some unknown reason, I would have surely T-boned her car. My heart was racing. Shocked pedestrians were looking as the woman continued to drive across Beretania and kept going.

About six months later, I was driving in a similar situation, mind wandering, music playing on the radio, and headed towards another green light up ahead. The same feeling came over me and I lifted off of the gas and slightly pressed the brake. As I entered that intersection, a woman on the phone, with her daughter, who looked to be about 10, sailed through the red light in front of me. There was no doubt that I would have crashed into her daughter's side of the car as I missed them by a few feet. I was in disbelief, heart pounding, as I made a quick turn to chase her car down.

As I pulled along side, she and the daughter smiled, waved, and mouthed "Sorry! Sorry!" over and over again, bowing their heads too.

I glared at the mother, put my hand up to my ear like a phone, and then waved my hand back and forth while pointing at her in an admonishment of "don't let me see you use your phone while driving again."  I could have killed her daughter so easily. Both of our Lives would have ended at that point.

Lastly, a few weeks ago I was driving at night during a heavy rain. It was dark and I was turning off of King Street and onto Dillingham Blvd along with other traffic, and my mind showed me the image of a person running across the street, jaywalking, in between cars, and right into the path of my car. That image caused me to press on the brakes as I turned the corner and really slow down. To my shock, a person in dark clothes, ran from the Jack-in-the-Box, through the traffic and across my lane right in front of me. Exactly what I envisioned. Because I slowed down and really watched through the rainy windshield, I avoided running over, and possibly killing another human being. My Heart was pounding as I drove away in disbelief at what just happened.

Some might say that was a premonition. I say it is my Na'au. My guts. Whether my Guardian Angels, my 'Aumakua, my Spirit Guides, my Mother, Ke Akua, or Whomever speaks to me through that conduit, it is definitely Real. Real and worth listening too, and more importantly, worth Trusting.