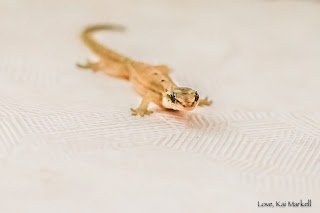 Like many of my hoa Aloha hiwahiwa, my Beloved Friends, I have been feeling strained, emotionally and physically, and exhausted mentally, as the impending confrontation upon Mauna Kea draws near. Life has so much other kuleana now between work and home, and personal struggles. There are a multitude of responsibilities and accomplishments that I aspire to, and need to, get done in this Life, for my Karmic lessons, but I also know that this kukulu kumuhana of Spirit on the Mauna is so critically important as well.

I am always feeling like I am racing the steady cadence of death as it creeps towards me. A march that started towards me the day I was born, like all of us.

I like to think it is less of a morbid obsession and more of a cherishing of each living moment. Having crept to death's door, opened it several times in this Life, and even passing through in 2012, maybe I am just awoken to the fragile precariousness of being and staying Alive. Having worked with thousands of the bodies of our beloved Ancestors for over twenty-five years, their Earthly remains, probably hasn't helped my focus either as a stark reminder of our own mortality.

With Social Media now, the amount of information pouring in is unprecedented. Overwhelming at times. I go from such Love, Pride and Humble Gratitude to see so many people I love and cherish, gathering together in ceremony and prayer at Pu'u Huluhulu, moved by their voices, yet I still feel pangs of guilt for not being there. Always asking myself, what is my role and where is my place right now? Am I doing enough? Are my Prayers lifted high enough? Loud enough?

Then I also worry as well. The thought of anyone getting seriously hurt, or even something worse happening, in the highly emotive atmosphere, chaos, and incitations that can occur in these types of situations makes the pit of my stomach turn. Emotions run high now and tears flow easily.

I needed to get into the ocean tonight to release it all, and I even failed at that. Not enough energy to take my son Elliott fishing either as he studies so hard. I ended up going food shopping and then drove around for awhile just reflecting upon everything going on right now.

When I arrived home, right before I entered the elevator, I glanced up, and there was a mo'o. Just looking down straight at me. Lizards and feathers. These past weeks have been full of them. Mo'o. Huluhulu.

I gratefully greeted my little sentinel and messenger, and we stared at each other for awhile, until I had to get into the elevator to keep the doors from crushing the Life out of me. I excitedly said, "Grandma?" Before the doors closed, I looked up and said, "Wait here for me, I am going to get my camera."

I went upstairs and put my cold groceries away in the fridge, then went into the bedroom and grabbed my camera, switched lenses and went back out in the hallway to catch another elevator. It seemed like so much time had passed. I figured the mo'o would be long gone with people coming in and out of the lobby elevators.

The same elevator arrived. The one where twice I stepped out in a matter of days and found the same exact type of green and white feather in the exact same spot. I watched the floors beep away as I descended. Upon exiting, I glanced up and there was my mo'o. Exact same position. I thanked her and took a few photos of her. Only one was really in sharp focus. When I finished, she turned and started crawling up between the wall and ceiling tiles. I said, "If that is you Grandmother, thank you, miss you, Love you..."

As the elevator ascended with me gratefully inside, 'ike and mana'o, imagery and thoughts, started filling my head. Lizards and feathers. Mo'o and huluhulu. Battles. Sacrifice.

Kekuaokalani was struck dead during the battle, and his fiercely loyal Chiefess Manono, continued to fight next to, and standing over his body until she too was tragically killed.

Some say the Ancient gods, the deities, were abandoned after that definitive and decisive last stand. Even though the 'ai noa had already occurred and the eating kapu was released, and heiau images began to be destroyed and burned, what occurred there at Kuamo'o was legendary and pivotal.

Journals speak of trips by Queen Ka'ahumanu and Liholiho to various islands where hundreds and hundreds of "wooden idols" were burned. The feathered akua hulu manu, war god of Kekuaokalani and feathered 'ahu'ula, capes, taken as the spoils of war. Sacred feathers.

Many 'aumakua, ancestral gods and other deities continued to be loved and cared for. Stone and wooden images secreted in hiding places. Low and behold, the Thaddeus, carrying the first missionaries land at Kamakahonu, and bring the "New God" that High Priest Hewahewa reportedly predicted. The return of "I". The Highest of the High and Supremest of the Supreme.

The Battle between the old and new religion some say. Sounds eerily familiar in these troubled times. Except the New God may be Money and Technology that increasingly separates us from ourselves.

I was reminded of a powerful Hō'ailona in the form of an aka kū, or standing shadow vision, as Mary Kawena Pukui describes it, at my workplace over ten years ago, when whom I believe was Queen Ka'ahumanu herself, made an appearance one early morning to a co-worker, as a Kuhina Nui, and gave the kauoha, or command, to "protect, protect..." as we were working on, among other cases, the bones of her half-sister discovered on a beach in 'Ewa.

I was just discussing that case this past week as we had a site visit to 'Ewa in relation to that case. It was all starting to make sense now.

Our Papa and Wākea are very real. Earth Mother and Sky Father. So is Poli'ahu, our Snow Goddess of Mauna Kea. So is Mo'oinanea, the Powerful mo'o supernatural being. Kāne. Kanaloa. Lono. Kū. Pele. All the Beautiful Divine ancestral akua. Still here. Still guiding us when we humbly ask and respectfully petition them for their guidance and intervention in an increasingly chaotic and harsh World.

There are many lessons to be learned and shared from the current struggle upon Mauna-a-Wākea. Not just for Hawai'i. Truly for the rest of the World. So says my Spirit Guides and my 'aumakua. So says my greatest Teacher, Christ.

And back to Kuamo'o. In the face of such tragedy. Such heartache and devastation. Such loss. Chiefess Manono's words ring out clearly. Those words carried in the Hearts of her 'ohana until this very day. Words that are so relevant and meaningful right now.

Thank you mo'o. Thank you Grandmother...