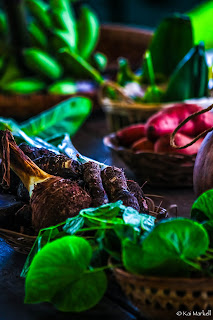 Tonight, my Beautiful Friend Died. It was unexpected. Then again it wasn't. Once the Spirit gives up the fight to live in your corporeal form, your body will give up the fight despite all Life-Supporting measures. I had been spending time over the past several days with his wife as she held vigil at his bedside in the Intensive Care Unit. She was so distraught and in disbelief that her husband could be anywhere near departing this World. Constantly in tears, and by his bedside, she held his hand and spoke to him often. About their Life together and her undying Love for him.

I deeply hoped and prayed that he would emerge from organ failure. As I watched over him, I saw myself in 2012. In a coma too, in the MICU at Queen's Hospital. On Life-Support too. Ventilator. Feeding tubes. A machine cooling my blood. My Heart, Lungs and Kidneys were failing. My Pancreas was digesting itself and my abdominal cavities were filled with a viscous infected fluid that antibiotics weren't able to fix. I left my body and floated around in the corner of my room playing with, and primping my long hair, like I had in college, which I guess is restored in the Spiritual World. My two gifted friends watched me there, trying to implore me to return to my body, as I ignored them. Too fixated on getting my hair back and done with this Life. How rude and arrogant I was.

As I gazed upon my friend the other night, I had shared the story of my Death and Resurrection with his wife. It gave her so much Hope.  She shared it with the doctors and nurses. Anyone who would listen. She wasn't ready to give up on her Life-Partner, despite the prognosis looking dimmer and dimmer each passing day. Tonight was no different. She clung to Hope.

We were Blessed tonight to have more time with him, and we both expressed our Love, our Appreciation, our fondest Memories to celebrate the Life of this Gentleman, all the while watching for any signs of acknowledgment that he could hear us.

No sooner had another dear Friend arrived, the three of us stood and watched in horror as the alarms on the machines sounded and we saw my Friend flatline. His wife watched in disbelief, in her undying Hope that he would recover like I had from a similar catastrophe. Like others had also miraculously recovered from equally grim situations as she had heard from a physician friend of hers earlier in the day. Despite the odds. There was Hope. Now the Hope turned to trauma as she had to immediately make a decision for the team of doctors and nurses who rushed in, whether to perform CPR on his Heart, or let him die.

She wasn't ready. Neither of us were. So we said to save him. The powerful compressions on his Lifeless body rocked him up and down in the bed as the three of us stood there, tears streaming down our faces. After what seemed like hours, but which was only minutes, his Heart started again and we all watched the vital statistic monitor as his Heart started beating again and his blood pressure rose up as well. Again there was Hope.

We surrounded his bed again, held his hands, rubbed his forehead. Kissed his cheeks. Professing our Love for him. How his Father so Loved him after a Lifetime of pain, and sought his Forgiveness. How he needed to Forgive his Father. We told him we Loved him. Hope was fleeting. He went into cardiac arrest again as we heard the dreaded alarm beeps of the Heart monitor.

The doctors rushed in and again performed the CPR, as my Dear Friend's body rocked violently up and down in the bed as his wife watched again in tormented horror. His Heart started again. We were told that the scenario would repeat itself as long as we kept intervening. The epiphedrine was keeping his Heart beating. A decision had to be made to stop the drugs. Whether to try CPR again. Whether to let him Flatline again without intervention. Whether to remove him from the respirator. The three of us jointly made the decisions for each painful step. His wife was still in disbelief and shock.

Our other friend stroked his forehead and sang him some Beautiful hymns, as we held his other hand, and talked to him. The doctor said he was hanging on, because he was worried about his wife. I knew this to be true from my own experiences of losing my Mother and Father as well as my Sister in the span of several years. The Living who can't let the Dead go.

We spoke with his wife. There was no coming back again. He was tired and worn out. In her Beautiful Bravery, she rubbed his head and through tears and sobbing, she let him go. She told him the words he needed to hear. That she would be alright without him. Words that we all strained to Believe. The words that she never imagined in her Lifetime, that she would be uttering to the Love of her Life. She would be okay without him. We braced her, while she braced him. Then he went. Not the violent departure many suffer. A Peaceful Loving Departure. As we watched the signs of Life dissipate into a Stillness. A Stillness you will never forget. Farewell my Beloved Friend. Go with Love...