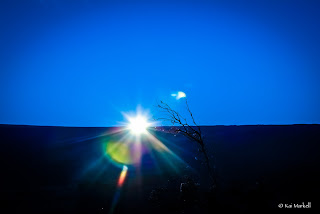 A couple of weeks ago, I received news that my Aunt, my Mother's sister, was diagnosed earlier in the month, with cancer. When I found out, she was already getting ready to be moved into hospice. Only a few weeks since she found out. I made my plans to go visit her as soon as I was able. For some reason, on a Sunday night, I had this feeling that I needed to go see her immediately. It was already late, past visiting hours, and there was conflicting information on whether she could have visitors or not. As my late Mother told me, three months after she passed away, listen and trust in my na'au. My visceral instincts. So I confirmed her room number with other 'ohana and took off into the night.

I drove down the freeway, and it began to rain hard. As I sped along, I had deja vu. It was just like my same route, rain and all, into the night, when I was informed my Father had just passed away. That time, I drove, tears streaming down my face, rain hitting the windshield. I could barely see. It was eerily like that same trip and almost to the same destination.

As I arrived at Queen's West, I got out of my car in a somewhat desolate dark parking lot. My attention was immediately drawn to a solitary cat. It reminded me of my late sister, Nalani's cat. I had seen what appeared to be this same cat, in the same parking lot, when I was visiting my Father in the same hospital, almost two years prior, when he was hospitalized in what would ultimately lead to his entrance into hospice where he eventually passed away. I looked at the cat and when the cat looked at me, I erupted in chicken skin. I felt the presence of my sister Nalani again. She came for my Father. Now she was here for her Aunty who loved her so.

I went up to the floor where my Aunt was supposed to be, and walked confidently down the hallway and onto the floor, scanning for the room number. I dare not look at the nurse's station which was right there, as I didn't want them to question me about being there after visiting hours, or in case my Aunt wasn't supposed to have visitors due to some unfortunate family drama playing out.

I spotted her room and walked straight in, and seeing an elderly woman in the first bed, proceeded to the second bed behind the curtain. As I entered, I saw a woman on her side, moaning over and over, "Oh it hurts...oh it hurts." I had expected to see a gaunt woman, prepared to enter hospice, but the woman I saw was full-bodied, with beautiful skin on her exposed face and legs, beautiful hair and a beautiful complexion.

I panicked for a minute, thinking I had entered someone else's room, expecting and bracing myself for a scream. I quickly scanned the dry erase board, and it took me awhile to find her name. To my relief, it was my Aunt. I almost didn't recognize her. Her eyes were closed, she was grasping the bed rail with both hands, laying on her side, continuing to moan in her pleading voice, "Oh it hurts...oh it hurts..." over and over. I walked alongside her bed, held her hand, and she squeezed it. With my other hand, I stroked her forehead and hair. I said, "Oh Sweetheart...its me, Kai." She said, "I know..." and I saw one eye open and look up. She cracked a semblance of a smile, then continued on with her, "Oh it hurts...oh it hurts..."

I asked her if she had a morphine button, and she said no. I tried to scan what she was hooked up to and then read the medications on her chart. As she moaned over and over, I felt so helpless. I continued to hold her hand, and we would exchange squeezes. I asked her where it hurt, and she said her back. I tried to shift her a little, but wasn't sure if it was bed positioning or her organs which were the location of the cancer.

She continued to moan in pain, and I pushed the nurse's button. Then I put my hand on her back and began massaging and rubbing her back. In an instant, it was my Mother's back. As I felt her warm skin, moles and softness, with every caress, it became my Mother's back. Tears fell as I cherished one last time to comfort my own Mother before her passing. My Aunt and my Mother had a special bond over the years. My Aunt had suffered throughout her life, a very hard life. It pained me to see her suffering.

I knew my Aunt had great Faith in the Lord. So I caressed her forehead and hair again, while she moaned, and said, "Oh Sweetheart...I love you so much... Family is on the way. Your daughter, and grandchildren are coming now." She said, "I know..." I said, "Everybody loves you so very, very much." She smiled, then broke back into her moaning again.

I put my hand on her head and said, "I am humbly asking Christ...our Lord and Savior, the King of Kings, to take away your pain." She said, "Yes...thank you." I said, "I'm asking a Legion of Healing Angels to Descend upon you Sweetheart."  Then as I looked down, she stopped her moaning, and was in a deep quiet sleep. I felt tears cascade down my face again, as they splattered onto her arm. It was such an immediate response to our request, that I was humbled beyond words and moved to tears.

I held onto her hand while she slept, and pulled a chair up to the bed to just watch her sleep. A nurse poked her head in, saw us there, then began assisting the woman in the bed next to my Aunt's as she had to evacuate. I kept quiet, as I was way beyond visiting hours by that time. It almost seemed like the nurse saw my Aunt sleeping but not me sitting there as we made no eye contact.

After about a half-hour, an alarm went off on the IV pole in the next bed and my Aunt was startled awake. She immediately began moaning again about how it hurt, over and over. I held her hand and placed my hand onto her head again.  There was a lot of activity and conversation in the partition next to us, so I just closed my eyes, and envisioned Light from the Heavens flowing down into our room, over my Aunt. It flowed into my piko "I" on the top of my head and then emanated throughout the whole room, blanketing my Aunt. Her moaning stopped and she fell back into a quiet peaceful deep sleep again. Tears streamed down my face in humble gratitude again.

After watching her for quite sometime, it was really late. In looking at her, I knew the nurses would be in soon to take her vitals and administer her meds. She looked so strong, robust, Peaceful and Beautiful sleeping there. I thought about whether she truly would be moved into hospice, and how much time we would all have with her. I estimated three to four weeks from my experience with others. I was excited at the thought of being able to report back to her daughter and her sisters about my visit with her, how she looked and that I was able to spend some time with her.

I quietly left, and as I walked to my car in the dark parking lot, I saw the cat again, now in the distance. Sitting there, quietly observing me. I entered my car and sat there for awhile in silence. Trying to process it all. It was then, that I spoke to my Mother and sister, Nalani. Tears streamed down my face as I asked them to be there for my Aunt when she is ready to cross-over. I had asked them to receive my Father and he went shortly thereafter. I talked about how hard my Aunt's life was. More tears streamed down my face. I expressed how much I love her, love my Mother, love my sister. Humbly requesting their assistance. Then I drove home in reflective silence.

The next morning, I found out, that despite how robust, strong and Beautiful my Aunt looked, that despite my estimation of how long she would be in hospice once transferred there, and how much time for closure the 'ohana would have, that she left that very morning. I thought about the night before, and how my na'au told me to go. Now. I thought about how I would feel had I not decided to visit her the night before. I knew my Mother and Sister, and other family members, were there for her to welcome her into her new Life. A Life without pain. A Life without suffering.

And I gained a better understanding about Faith and Prayer. That when you Humbly Petition God to end Suffering. To end Pain. To bring Healing. Especially for someone you Love. That He always responds. Always. Sometimes in small seemingly unnoticeable ways. Sometimes by Carrying them back Home. Himself...