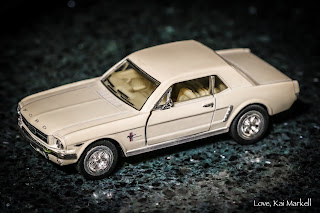 Today I had to pick up some prescription medicine at Long's Drugs CVS Pharmacy in Mo'ili'ili. I decided to give my son, Elliott, a ride to his Organic Chemistry Summer School class. As we started out our drive, we approached and slowly passed a man who appears to be in his twenties. I have seen him before. He walks around barefoot, overly dressed in dirty clothes, always moving slowly and somewhat laboriously in a kind of daze. He wears a blanket draped around his neck which is probably his bed every night. His hair is tangled and his face dirty as well.

I saw him once in a grocery store, wandering around aimlessly, up and down the aisles looking at the shelves, all the while an undercover loss prevention worker, trying to be discreet, tailed him around the store. I thought about giving him a twenty so he could buy something, which would probably anger the store management, but by the time I made that decision and looked around for him, he had left the store.

The thought of being hungry, and so close to food. The sights and smells. With no means to acquire it left me torn and deeply saddened.

I had a strong visceral feeling, in my na'au, when I saw him today however, that he was near his lowest breaking point of despair. I felt a sense of urgency to do something.

Unfortunately, we were in a rush to get to my son's class and ended up just speeding by him. After dropping my boy off, I was so close to the drugstore to pick up my prescription. But I also knew, that it would take awhile and by the time I drove all the way back to our home, he probably would be gone. So I decided to drive all the way back home and look for him, and then come back later for my prescription.

There he was on the sidewalk, maybe only about twenty-feet from where we had initially seen him.

That was about twenty-five minutes later.  I was happy that he was still there and so close to the sidewalk, because in my selfishness, I just wanted to be able to drive up to him and give him a twenty through my window. Getting in and out of my car with my swollen hernia takes some effort and hurts as well.

I folded up my bill and drove up next to him and stopped my car. He was standing there, with eyes closed, slowly teetering back and forth, having fallen asleep right where he stood. I could only imagine how exhausted he was.

As I rolled down my window, I said, loudly, to overcome the din of traffic, "Hey brother! Brother!" It startled him and he slightly jumped. I held out my hand and said, "Here, this is for you..."

He looked down and reached out his hand, and took the bill. I looked him in his face, smiled, and said, "Love you brother..."

Just then, I realized that I was holding up traffic behind me, and had to step on the gas. I was very happy inside. As I watched him in the rearview mirror, it seemed like his steps quickened, as he held the bill up with both hands in front of him like a steering wheel, driving himself now to an unknown destination.

As I drove back to Mo'ili'ili to get my prescription, many thoughts flowed through my mind. Tears would well up now and then. I just attributed it to feeling sorry for the situation he now found himself in.

However, when I got to Long's, and entered the store, tears started welling up and really falling. I had to quickly turn down an aisle and conceal them by wiping them away on my shirt hoping nobody had noticed.

Then it came to me. The young man's family was with me. His family on the other side. Their Love and Gratitude was what I had felt, which caused me to cry. Just simple appreciation for trying to help their Loved one, battling his own demons, and struggling through his own Earthly Hell.

I let them know that it was truly I who was grateful and humbled. To have a simple opportunity to lift a Human Spirit. Even if only momentarily. Which in turn, greatly lifted mine.

After picking up my prescription, I was headed out of the store when the toy rack of little cars caught my eye. I stopped and scanned the vehicles, like I have done for the past several years, never buying, always looking, and a familiar shape and color buried in the back of the bottom row caught my eye.

I reached down and there she was. My Ford Mustang. The same model I had in college. She was also the exact same color. Not white, but a creamy eggshell white which was an original Ford paint color, the same color my car had been painted. The only one there in a sea of Ferraris, Mercedes, Lamborghinsi and other luxury cars.

I was so humbled and grateful, and somewhat in disbelief. So I bought her. I knew it was a sign from the Ancestors. Just a little sign. An affirmation of decisions made today. Of Love. Of Kindness. Of Gratitude. Of Humility.

For those about to Rock. I Salute You...