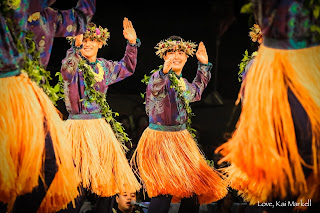 There are often no words sufficient to express some of my deepest feelings of humility and gratitude as much as I may use these two words in my writings and sharing of this Life Journey. I look at my two sons, Elliott, who will be moving on to his Junior Year in college already, and his younger brother Koa who is graduating high school this year as well, and remain in disbelief.

I have many regrets when I look back, at how much precious fleeting family time I sacrificed after graduating from law school in my choice of work. Ten-years working at the Burials Sites Program and then another fifteen-years at OHA.

My sons were born during my tenure at Burials and it all seems like a distant memory. I see photos of us as a family on a school field trip or at the playground. Toddlers. Running around Chuck E. Cheese. The Honolulu Zoo. School Plays. Orchestra and Band Concerts. It really takes me looking through the sparse photos I took back then to remember, recall and savor these ephemeral moments.

The exhaustion from work, running from disturbed burial to disturbed burial, dealing with landowners and developers. Attorneys. Politicians. Government Bureaucracy. Distraught individuals, families and communities. My own limitations on energy, time and sheer will to make a difference. Trying desperately to keep a balance between the needs of the Living and the needs of the Dead. I recall watching my boys run around a playground and just sitting there so exhausted and drained, with slight tremors from my depletion.

It really was the birth of my first son, Elliott, which gave me the strength and resolve to keep on going. Working in an area of Hawaiian culture that is deeply sacred, highly emotive, secretive and often misunderstood. An area that can deliver sickness and death. As well as great sadness and burdens. Sorrowful sobbing moments in lamenting and reflecting upon all those who came before us, but for their sacrifices, we wouldn't even be here.

Reflecting also upon our own mortality, when cradling the precious iwi, the bones of the ancestors. It helps to focus you on what is important in this short Life.

Even after a full day of work, you could easily find yourself attending a community meeting at night, descendant and family meetings, or conducting reinterments of remains at various projects or locations. We even received calls at nights and on the weekends from the police or medical examiner, or citizens since human remains often emerged on their own schedules.

I am grateful, that despite being terribly overweight at that time and eating horribly as an emotional salve, that my body survived that brutal decade. We used to often say in the program that none of us could get sick. No catastrophic diseases. No hospitalizations. No strokes. No heart attacks. No cancer. Nothing.

The first flurry is the spreading of the news throughout the "coconut wireless" as word quickly spreads. Then next is all the analysis of the causes of the sickness.

In our case, the work with ancestral bones, heiau, artifacts, kahuna and human sacrificial victims, and all types of Spiritual matters was easy picking should we get sick or die. We knew it. Everybody outside the program had their own advice which they willingly shared with us on how not to get cursed or end up dead. It was a lot of pressure to stay well and alive. Imagine that. My biggest fear of not dying on the job ended up not being the loss to my family, but what awful rumors would spread around and persist as to the causes of my own untimely death.

Sometimes catastrophic illness is caused by Spiritual imbalances, karmic forces and other powerful energy. Sometimes it is simply from eating too much sugar and fats and an unhealthy sedentary Lifestyle. Discerning the causes of any sickness is important, in order to Heal. Same with Death. Some people transition, less for their own Soul's lessons, and more for the impact their passing will have on so many other people in their Lives. Almost like a pre-chosen fate for the greater good. Sometimes to impact Humanity itself.

Others die prematurely and unwillingly and are taken for various reasons. Soul lessons can be learned after death, but trying to fix situations of karmic lessons is much easier on this side of the Veil while amongst the Living. This I have learned. From restless Spirits working to make amends and atone for deeds done while alive. Much harder. However necessary for some to Ascend Higher on their Eternal Journey.

So when Elliott was born, I had someone to protect, along with my wife. Then later Koa would emerge and I had another Soul dependent upon my protection and a family who could suffer collaterally from my daily choices in my work.

That is when my Faith and Understanding of Life and Death, of Spiritual Matters, of a Soul's Journey and Growth, really began to blossom. The last eight-years has been the most accelerated. I continue to learn each waking moment and each Glorious Day, from just about everyone in my Life.

I made a Solemn Covenant when Elliott was born, with my Creator and Ancestors. Take care of my Family. That's all I Humbly asked. I renewed that Covenant when Koa was born. I would gladly suffer any fate or endure any hardships in my Promise to try and do Good in this Life and for this World. To make up for my Karmic past and any harm I inflicted upon others, in this Life and past Lives, through my own nascent Spiritual Growth and shortcomings.

Thus I ended up here. Constantly discerning the causes of my physical ailments, whether Physical, Emotional, Mental or Spiritual. Grateful for being able to make up for lost years with my family. When I chose the Lāhui, our Hawaiian Nation, over my own wife. Over my own sons. For what I thought was the Greater Good. I could have done so much more for them. When I thought that my Covenant was the best protective gift I could bestow upon my family. I now realize, that the best gift I could ever give them, was me. My time. My energy. They already possessed all of my Love and Heart.

So this past weekend at the Merrie Monarch was Magical again. To share in this Sacred Journey of Hula and watch not only my Beautiful son Elliott connect with his identity and culture, but to reconnect with his Ancestors. The time we have spent together over the past six months has been Healing and Treasured. I have also gained many, many sons, whom I love just as much, in his hālau.

Grateful to Ke Akua, the Ancestors, and Kumu Kaleo Trinidad for the Gift and Blessings bestowed upon my Son. Upon all of my Sons...