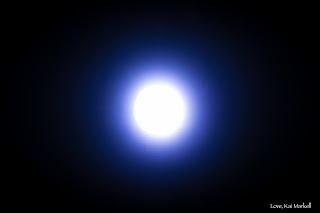 This morning I woke up to horrific tragedy in Lebanon. As the day unfolded, I learned more and more about the loss of lives, injuries and catastrophic destruction of the city of Beirut. I also woke up to a Facebook Live Feed of a despondent person on the ledge of a building in the Kewalo area.

I couldn't bear to watch the feed as I couldn't bear witness to someone trying to end their life. I had to shut it off. Then I Prayed. I let tears flow as I Prayed for Divine Intervention to give the person on the ledge much needed Hope. I think it hit a chord deep within me as I know many of us are on the dangerous precipice with all the pressures of this seemingly never-ending saga of Humanity and Uncertainty.

The I watched in more Horror the videos and photographs emerging out of Beirut. Bloodied people staggering around. Buildings decimated. Firefighters missing. Loved ones missing and dead.

I knew Lebanon was already in crisis with shortages of food and unprecedented inflation leaving the despotic nepotic wealthy class and then the poor suffering population unable to procure basic goods, let alone food. Electricity is sporadic and clean drinking water scarce as well. All before the leveling of Beirut.

The one main economic port this country relies upon, that brings in most of the wheat and grain to feed the population, already suffering with food shortages, and hungry children, is now destroyed, including the massive amount of wheat and grain that had already been in the Port silos.

Hospitals, overwhelmed by COVID-19, are now overwhelmed with the injured. Scenes of doctors and nurses working on patients out on the streets of rubble filled my feed, as some hospitals were destroyed as well.

I couldn't help but let the tears flow and Pray hard again. So much suffering.

I then read about a man, still in his apartment, looking out in the eerie still night in Beirut, at all the adjacent buildings that have been evacuated and gone dark. He saw, in the distance, a small candle, alit in someone's empty shell of an apartment. One small flickering light. As he watched it, he said it gave him so much Peace amidst the apocalyptic tragedy. One small light. Of Hope.

Then later on, back here, I saw an update post about the despondent jumper. He was talked off of the ledge. I cried when I read that. Thousands of lives taken or critically injured today in Beirut. One Life saved in Hawai'i.

He may not ever know how his Life, and the Courage he found to Live, greatly impacted someone he may never know in this Lifetime. Me...

We each need a Light to hold onto. To gaze upon, When in the depths of Darkness. A Light that will Guide us off of the Precipice of these Chaotic Unprecedented Times.

To continue to Survive, to Live, and dare I say Thrive, despite the Collective Despondency, Hardships and Challenges, is to Honor the Suffering and Deaths of the Others. Especially of the Innocents...

The Light that keeps us both Alive and Here...