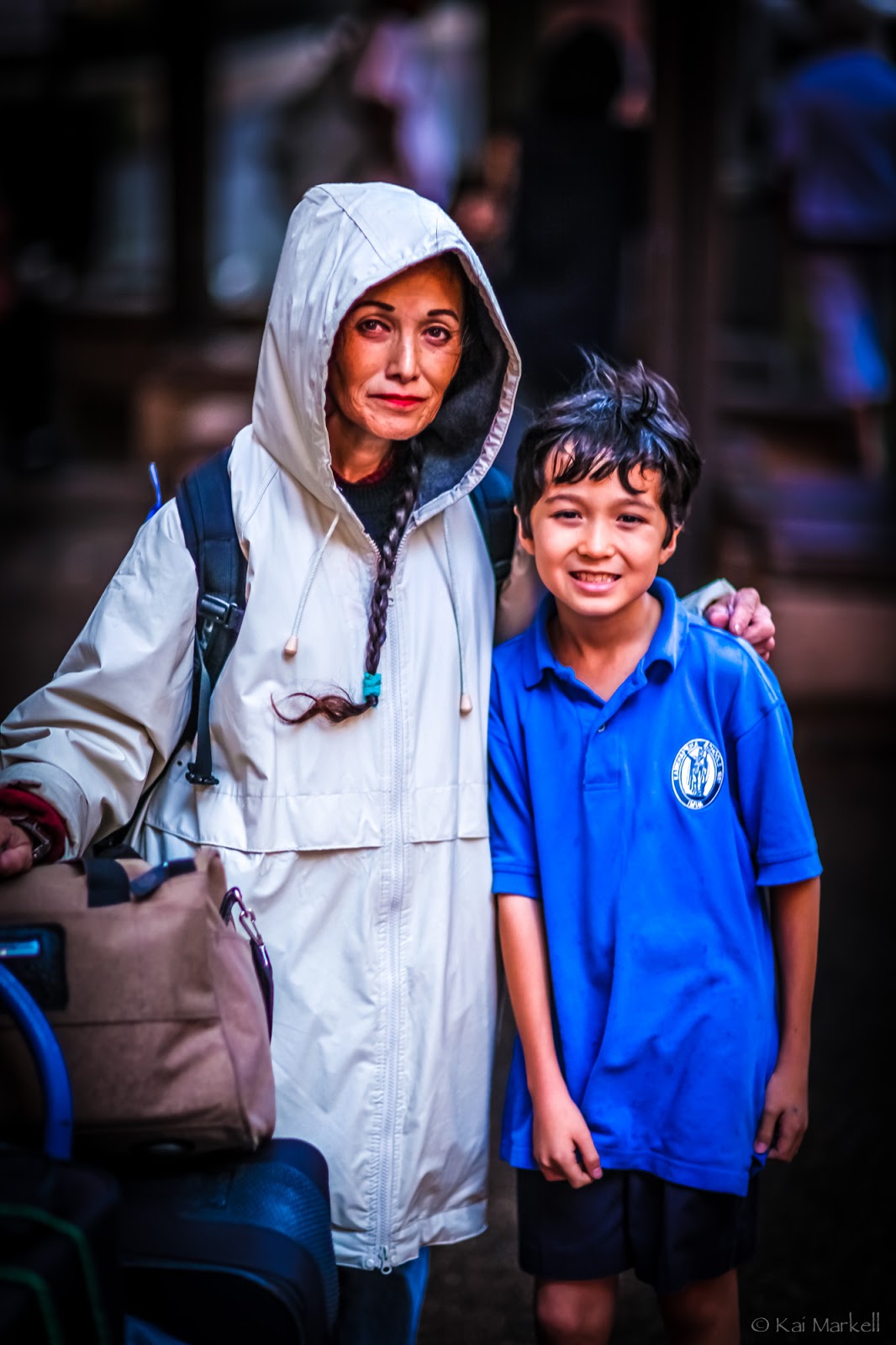 I have been thinking about my beautiful friend Meredith lately, seen here with my son, Koa, when I introduced him to her. Meredith's struggle on the streets of Honolulu began after a bad marriage ended and left her homeless. She had many Angels who helped her in her ten years on the street. Despite someone throwing an accelerant on her while she slept in her chair, one night, which burned her umbrella and one of her suitcases, and narrowly missing her, she still had Faith in Humanity. She began wearing a construction helmet while she slept, because another street person threatened to come while she slept and hit her in the head with a hammer. A Federal worker struck up a conversation with her during the day about her welfare, only to return in the early morning hours to proposition her for sex, and harass her before he caught his Bus, after that incident, with subtle gestures and threats.

She used unsolicited money people gave her out of generosity for food, and to pay for the storage of a lot of her belongings kept in trash bags. She finally put most of her bags into storage and a Street Pastor helped her, along with others, to get into a shared group home in Kalihi. Her deaf friend Renee used to watch her bags while she used the restroom. The YWCA opened its doors and hearts to her to use their facilities. By the time she found a home and a bed, her back hurt from sleeping sitting up in a chair for ten years. It hurt to lay down on a soft bed. The tragic irony. As soon as she found respite, she was diagnosed with breast cancer and died a few months later.

For years, I encouraged her to write a book, to encourage other people, especially women, that you can survive against all odds. She never imagined she would end up on the street. Or believed she could survive. She said you quickly learn there is a huge difference in what you want in Life, and what you need. She actually had someone trying to put together her story, but it came too late and she was weakened already. She was truly excited about turning her suffering into something to help other women.

I am beginning to write her into a chapter in my book. To help tell a little of her story, and the beautiful lessons she taught me. When I thought I was really helping her, it was she who Blessed me. I have her voice mails on my phone in the last months of her Life. She passed with her son at her side. A son she hadn't seen in years. It was a dying wish. We always parted, looking into each others eyes, and saying, "I love you..."  Cherish and treasure the Immense Blessings you have in this Life. Fulfill your dying wishes now...while Living...with Love...