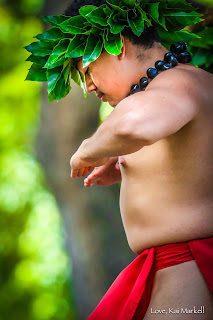 Upon Reflecting on a most Powerful and Beautiful huaka'i by our Lāhui through the streets of Waikīkī, among the Chief Eating Sands of Kākuhihewa, I am amused at the varying estimates of the number of participants in the gathering and march. Certain media outlets seem to always make it a numbers game and downplay the significance of such gatherings. Others will seemingly inflate the numbers in an effort to drum up support for a recognition of the success and impact of the event.

I was taught that numbers don't necessarily equate to much in Spiritual Battles of the Heart. Numbers are important to politicians who fear a hostile electorate in their bid to retain what semblance of power they believe they possess. Numbers are important to the establishment who try an gauge the swelling of a movement that may end up in revolution or upheaval to the status quo.

As kanaka, we should recognize that such debates are divisive. They really don't serve a purpose.

I am reminded in our own history and mo'olelo, about famous battles of our ancestors. Of Umi-a-Liloa engaging in warfare against the unseen Spiritual warriors seeking custody of a his soon to be born child. His warriors were decimated by the unseen forces.

I am reminded of the famous Battle of Kalena around the 1600's at Hale'au'au Heiau in Wai'anae uka where the famous Ali'i Kuali'i and three warriors successfully battled over 1000 opposing warriors. To know who the gods and ancestors favored that day is important.

I am reminded of Moloka'i, and Pule O'o... The Powerful Prayers of that island, and mo'olelo of the Kahuna there fending off physical attacks by invading forces with Pule. Prayer.

I have seen a single kupuna at an important governmental hearing, the seemingly lone voice of dissent, against an overwhelming force of politics, backroom deals, money, ego and a pre-determined outcome, speak with such humility and power, that the entire outcome of the meeting turns out differently to everyone's surprise. The power of the unseen forces which filled that room, and changed Hearts and Minds for the moment. The moment of taking the final vote.

I have seen this time and time again and am a Believer. A few kanaka with Righteous intent, against billion dollar developments with the best attorneys, public relations and corrupt government players that money can buy, wholly winning the battle to everyone's astonishment. For Pono. For Nā Mamo. The Children.

So if you find yourself alone. Remember you are never truly alone. Your ancestors and 'ohana on the Spiritual Side stand right there along side you. Sometimes a few. Sometimes hundreds. Sometimes thousands. Just you and them.  It is never a numbers game. It is about Spirit and Mana. Pono.

In my twenty-five years of witnessing our people on the frontlines, I can honestly say that when you arrive to represent. Your 'ohana. Your 'āina. Your island. Your Lāhui. Your Ancestors. Your Deities. Your God. And you represent Goodness. Justice. Love. Aloha. Life. With Respect, Gratitude and Humility. You Alone can Move Mountains. The Biggest Most Beautiful Powerful Mountains in the World... 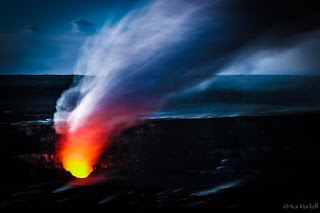